When  Haiti experienced an earthquake, there were telethons, collections,  front page headlines, radio djs talking about it, massive cell phone  donations, and more to help the victims. 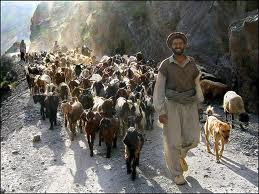 Now  there’s massive flooding in Pakistan, causing more damage than “the  2004 Asian tsunami, the 2005 Pakistan earthquake, and the 2010 Haiti  earthquake combined” (http://www.foreignpolicy.com/articles/2010/08/19/why_doesnt_the_world_care_about_pakistanis  ) and the first I heard about it was when my sister mentioned that she  needed to stay late at work because of the flooding. At my confused look  she clarified “in Pakistan.” My sister genuinely saves lives for a  living and does tend to be more up-to-the-minute with foreign issues  than I am, but it seemed wrong that I hadn’t heard something earlier via  Twitter, the radio, or just office talk. But I hadn’t. I still don’t  hear much about it. Weeks later, as the floods are getting worse and  more people are suffering, I see the occasional tweet from a charity  group or Foreign Policy and an email from WSPA asking for donations. I  did hear about it in the sermon at the new parish I tried this past  weekend. There doesn’t seem to be a giant push to help though. People  don’t seem to care. There are no calls for a massive telethon like for  Haiti or a charity concert like for Tennessee. That seems wrong.

Foreign  Policy has a great article on why people aren’t giving to help Pakistan  flood victims. The article is great, the comments made me cry at how  inhumane people can be. They gave me an idea though. If people really  are going to be racist jerks, refusing to help the poor of a country  because they dislike the country’s elites, well what about the animals.  Those animals have no political agenda. They understand less about the  word Jihad than the average American (whose understanding seems to be  pretty limited from what I can tell). They’re suffering, too. WSPA is  doing its best to help them. http://www.wspa-international.org/wspaswork/disastermanagement/whyanimalsmatter.aspx explains why helping animals matters even if you’re not prejudiced against the people.

I  have a monthly budget for donations to help me deal with constantly  feeling like I should be giving more (and then seeing my credit card  bill and realizing nothing got saved for next month). August went to  help in Pakistan. September’s probably will as well.

If  you don’t have a monthly charity budget or have maxed yours out for the  month (it is the end of the month), please consider giving up today’s  coffee or muffin and donating at least that much to one of the many  organizations helping people and animals in Pakistan. How we take care  of each other matters.

WSPA: Update on a small success in Pakistan http://www.wspa-international.org/latestnews/2010/three-surviving-bears-rescued-pakistan-floods.aspx
IFAW’s blog about their work in Pakistan with a donation link: http://animalrescue.typepad.com/animal_rescue_blog/2010/08/ifaw-rushes-to-aid-animal-survivors-of-pakistans-tragic-flooding.html
IRC: Report on their work in Pakistan http://www.theirc.org/special-reports/special-report-pakistan